There are many airports in Oregon. Oregon is one of those unique jewels that aren’t so widely explored. Also, It lies on the United States’ west coast.

Oregon’s scenery is enough to take your breath away, local cuisines can give your taste buds a beautiful but very different taste.

Oregon would be a paradise for you for those who love to eat too because you have the finest wine and microbreweries here.

Not only that but fusion and sweets are also different too. If you’re pursuing a diet, or if you’re a vegetarian, don’t worry you’ll find the combinations that will also meet your needs.

And although the place is one of the less-visited locations, the facilities for commuting are fairly nice. Talking about airways, Oregon has numerous airports serving both domestic and foreign sectors.

If you’re heading to this US state anytime soon, then make sure you’re visiting these good Oregon airports.

Airports In Oregon Map And Details

It is one of the major airports in Oregon and also serves the best services for travellers. You can also get anything you’re looking for right from excellent food to or mini theatre where you can watch movies to pass your flight time.

However, the airport has it covered to provide the passengers with the best facilities, which includes food, entertainment as well as everything else. Along with that, here you get the path where you can park your bike before you board the flight.

It’s also popular with the name Mahlon sweet field where you’ll get a quiet and decent environment with friendly staff members and security forces.

Not only that, even if they want it for a long time, but the passengers can also use the parking facility for their vehicles too.

Not only does the city of Eugene own the airport but it also operates the operations. Along with that, the airports also hold the fifth highest ranks in airports of Pacific Northeast.

However, the building has two terminal gates that are subdivided into A and B. Also, it is one of the main airports in Oregon.

Often known as Redmond Municipal Airport, this is essentially a Deschutes County domestic airport. Well, Redmond city operates the airport as well as owns it.

It’s also one of the commercial airports in Oregon where you get endless airlines for domestic flights that link up to various hubs in the western US. It’s also an Oregon Local Airport.

This airport is one of the International Airports in Oregon owned and also operated by a Jackson country aviation authority. Not only that, but it is also the third airport that receives a large number of passengers on a regular basis.

The airport was initially known as Medford Jackson County Airport but it was renamed after it became an Oregon’s International Airport in 1994.

Moreover, You do get the launching bridges, the key contest, and also the open-air contests along with it. Well, the airport has changed the number of stuff and also it was recently expanded where they had extra sq.

Feet to make the airport convenient for the people as well as for the new jobs. It also has domestic routes that link to nearly every part of the country.

It’s the only airport you’ll be going to Oregon coast for a commercial in the region with passenger services. Southwest Oregon Regional Airport is also a public airport situated in the north curve, operating under Coos County District Airport.

Well, the airport is also growing very popular as a result. Also, the number of passengers is continuing to increase. The key reason behind this is its infrastructure as well as amenities that are given to keep the customers trouble-free.

Not only that, here you have the nonstop flights that connect you to Denver and have the SFO services as well.

The airport is listed as one of the Portland Oregon airports and also holds the second airport with the largest number of regular arriving passengers. For general purposes, it not only maintains the highest standards in aviation facilities but also for flight training reasons.

However, the airport has a control tower for federal aviation administration, along with that, you get the small passenger terminals here, three paved runways, etc. Even, at Hillsboro airport, you get the port of entry. Also, the Portland port operates at the airport.

Simple to locate the airport on the map of Oregon airports, as this one is used extremely in military aviation, general aviation, and also for some other flights as well.

It is also an airport of general use operated by the Oregon town of Klamath Falls, and facilities. You can also find here various airport operations like planes, air taxis, airlines, etc.

However, the funding for the airport is managed by the managers of the airport city fund that come from city taxes and other different taxes. Also, One of the major airports in Oregon. 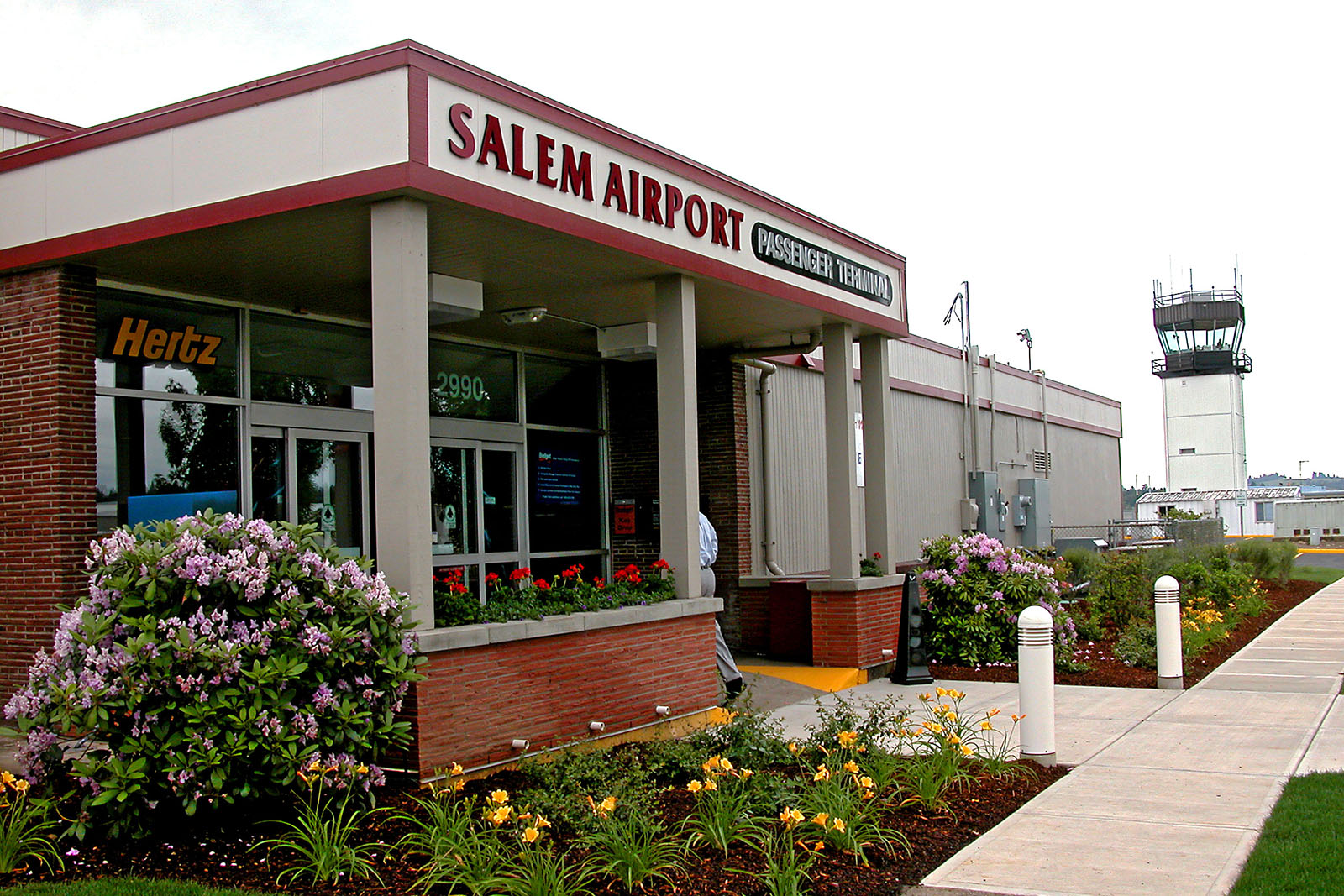 It is also known as Salem Municipal Airport, based in Marion County, as it is not only owned by the city of Salem but also serves the same purpose.

The airport also serves as the headquarters of the Oregon Department of Aviation.

Here you also get restaurants, small terminals, and a control tower with a general aviation centre where the flight training is held, along with taking care of the tours.

Regional Eastern Oregon is the city-owned and also the largest public airport in Oregon you’ll find there. The airport was also used as an essential air service during general aviation, and also for the program.

In addition, the airport serves Pendleton and offers services that assist passengers from travelling here.

The airport is owned by the city and also open for public use to help commercial passenger services communicate with the international airport in Oregon of Portland. However, there are no associated flights. In Oregon it also serves Newport.

How many airports are there in Oregon?

Which is the best airport in Oregon?

Portland International Airport is the finest airport in Oregon. With some of the best facilities, you can ever get it serves its people. There’s a passage for example where you can park your bike just before you board your flight.

Which airport is the biggest in Oregon?

The Portland International Airport is the biggest airport in Oregon and also Oregon’s first civilian-military joint airport. It has a lot of services like a mini theatre where you can watch films to pass the layoff time. You’ve also got food, entertainment, and more.

How many international airports are in Oregon?

Can I get accommodation facilities near airports in Oregon?

Yes, accommodation facilities near airports in Oregon are available. Hotel Sheraton is the nearest to Portland International Airport.

How many airlines does Oregon have?

Allegiant Air, Alaska Air, Eugene Air, Delta Airlines, American Airlines, etc., are quite a few main airlines in Oregon. They have different airport centres. The Portland International Airport and Eugene Airport are the primary hubs for those airlines.

Tell Us In The Comments About One Of Your Favourite Airports In Oregon?

2 thoughts on “10 Best Airports In Oregon That Will Make Your Trip Convenient And Fly With Comfort! [2022]”