Looking for the actual reasons why are flights so expensive now? if you have no idea, this article is for you.

There are several reasons why the cost of flying has sharply climbed in recent years. Airlines are now compelled to charge their consumers more due to the dramatic increase in fuel prices.

The threat of terrorism has led to an increase in airport security measures. These actions raise the operating expenses of an airline, which are frequently passed on to customers in the form of higher ticket prices.

List of the 10 main Reasons Why Are Flights So Expensive Now.

Here are 10 reasons why flights are so expensive right now:

1. Demand Is Greater than Supply

Economists contend that the interaction of supply and demand determines the price of any commodity or service. The price of a thing will rise when there is a large demand but a small supply.

The airline business has experienced just this. There has been a considerable rise in the number of individuals using airplanes to travel in recent years.

The quantity of accessible seats has likewise stayed largely constant. Airlines are now entitled to charge more for their tickets as a result.

The cost of air travel has increased as a result of the recent increase in the price of jet fuel. The price of crude oil, geopolitical unrest, and refinery capacity are just a few of the variables that influence fuel pricing.

Airlines have therefore been forced to increase their prices to cover the additional expense of running their aircraft.

Even though this could be upsetting for the passengers, it’s crucial to keep in mind that the airlines have no control over increased fuel prices. In actuality, most airlines are finding it difficult to maintain reasonable fares in the face of growing fuel prices.

It’s no secret that airfare costs vary according to the season. When compared to flying at off-peak times, travel costs can frequently be significantly higher during the popular summer travel season and holidays.

How come, though? There are several of them. Peak periods often see substantially higher demand for flights, allowing airlines to raise ticket prices without having to worry about empty seats.

People are less flexible with their travel plans throughout the summer or around holidays because they have several vacation days that they need to spend.

If you want to visit a well-known beach destination in the summer, you could have to spend more because some places are only reachable during specific times of the year owing to weather conditions.

The fact that business passengers have a greater impact on flying costs is another crucial factor. The cost of tickets for everyone else goes up as a result of business travelers’ willingness to pay more for convenient flights.

Business travelers, for instance, frequently have to fly during busy periods, such as early in the morning or late at night.

They frequently also have to make last-minute ticket reservations. The average price of a ticket increases as a result of airlines charging more for certain flights.

Anyone who has ever bought an airline ticket is aware that the actual cost is frequently somewhat more than the base fee. This is because each passenger must pay several taxes, fees, and surcharges that airlines must collect.

Every domestic flight is subject to federal excise taxes, which can total more than $100 for a round-trip ticket.

Each passenger must pay a segment charge to the airline for each leg of their trip. These charges go toward paying for security checks and other expenses related to aviation infrastructure.

Fuel surcharges and other ancillary costs are frequently tacked on top of the base fare by airlines. While some of these fees are required to cover an airline’s operating expenses, others are only introduced to boost revenues.

As a result, when travelers buy an airline ticket, they frequently wind up paying hundreds of dollars in extra fees.

Airlines need to recover the cost of new planes, which is one of the main reasons they charge high fares for travel. Aircraft are incredibly expensive to buy, run, and maintain, and they age quickly.

Airlines must regularly make investments in brand-new aircraft that offer the newest features and the highest fuel efficiency if they want to remain competitive.

Airlines are heavily indebted as a result of this ongoing cycle of replacement and must charge exorbitant prices to make a profit.

Operating an airline entails several expenses, including fuel, upkeep, employee pay, airport fees, and so forth. The cost of a flight must take all of these into account.

Additionally, to survive and carry on with operations, airlines must turn a profit. Tickets often seem pricey because of this.

However, it’s crucial to keep in mind that without airlines, we would not be able to fly, which is frequently the fastest and most practical method to travel.

Due to marketing expenses, flights can be pricey; these expenses have a significant impact on the cost of a ticket.

To entice passengers to fly with them, airlines spend billions of dollars annually on advertising and promotions, which eventually drives up ticket costs.

Additionally, they must cover the costs of gasoline, airport taxes, and employee salaries. The consumer ultimately pays for all of these costs in the form of higher ticket pricing.

Prices for tickets can rise as a result of the frequent price competition between airlines. Not to mention the hidden charges that airlines frequently tack on, including luggage fees and change costs for reservations.

The expense of maintaining an airplane is another important factor. Airlines are required to undertake routine maintenance and make repairs as needed to maintain an aircraft in excellent condition.

This procedure can be highly expensive, especially for older airplanes. To safeguard themselves in the event of an accident, airlines must also obtain insurance.

The total of all these expenses makes operating airlines aircraft more expensive. These expenses are thus passed along to customers in the form of higher ticket prices.

The rising cost of airline employees’ compensation is one of the most important factors. Airlines had to increase pay across the board to draw and keep top talent.

Many airlines are making investments in cutting-edge technology that will make flying more economical and efficient.

How Can You Get Better Flight Deals?

You can make sure you’re flying on the cheapest days of the week even if you can’t always get the cheapest airfares.

Typically, Tuesdays, Wednesdays, and Saturdays are the best days to fly. Because fewer individuals are flying, the cost is cheaper. Additionally, you’ll be able to avoid long airport lines and flight delays brought on by air traffic.

On the other side, you should generally stay away from these days if you intend to take an early morning or late night trip.

Your entire day might be ruined if you miss your connection or have to wait longer for the next one.

1. Fly During a Low-Travel Season

A low-travel season is one of the greatest times to book a flight to discover lower rates. When most people are on vacation, the best months to fly are January, February, May, June, July, August, and September.

You should thus be able to get better deals if you’re taking a trip between now and this month than you would if you were planning a trip in the spring or summer.

2. Travel in A Group to Save on Fares

One of the easiest methods to cut costs when booking flights is to go in a group. It’s also a terrific method to enjoy your trip with distant friends or family members. While you travel with others, you can frequently get airfare discounts that are difficult to find when traveling alone.

Before making travel arrangements using a group flight discount option, there are a few factors that passengers should take into account.

The most crucial step is to purchase your airline tickets early, giving you more time to search for the best deals.

You’ll also pay less if you can be flexible with your travel dates than if you make a last-minute reservation.

Before making your final booking choice, it’s worthwhile to look at the options offered by several airlines.

It’s important to check this out before purchasing your ticket because certain airlines provide discounted rates for early bookings while others do not.

FAQs About Why Are Flights So Expensive Now

People have a lot of questions about expensive flights nowadays some of the commonly asked questions are answered below.

Q.1 Why are flights so expensive right now?

Many factors, such as growing jet fuel costs, crew shortages, aircraft cancellations, and increased demand for travel, have an impact on airline fares.

Q.2 Are there still cheap flights out there?

Yes, there are still affordable flights depending on where you’re going, but they are now a little more difficult to locate. For immediate discounts and cheap tickets, book with Trip.com.

We are unable to be certain because there is no obvious trend. An airline ticket’s cost is subject to minute-by-minute change. The large-scale reasons that have increased flight fares might change at any time.

Tell Us In The Comments As per You Which One is the Best Reason for an Expensive Flight? 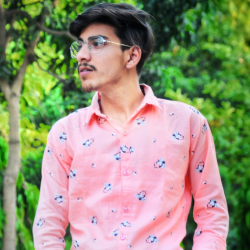